The uranium bomb looks like reinforced iron, with some glass in the middle, with a vile, or tube of uranium. As if the tube of uranium would set off a chemical reaction (Like a atomic bomb would) and explode. This is a custom modeled block. 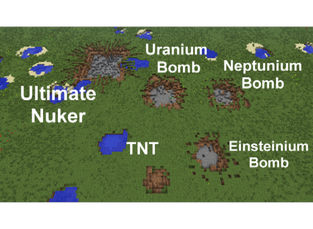 It's a bomb, so it's used to blow things up. This is the medium tier of the bombs (Not including TNT). As of beta 1.9 and up, you have to use a redstone signal to set it off, since it is made of metal.